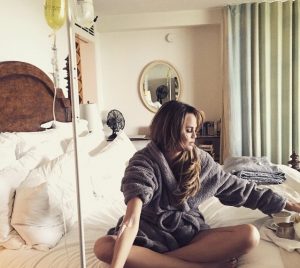 This research article published by the National Institute of Health studied hangover propensity in various participating subjects. This study was conducted to determine the correlation (if any) between heavy drinking, hangovers, and family history of alcoholism. In the study, those who had a family history of heavy drinking were 91% more likely to have a mild hangover after a night of heavy drinking than those with no family history of alcohol problems. Out of all studied participants, 24% reported that they had no hangover at all, 44% reported experiencing a mild hangover, and 32% of participants experienced a moderate hangover. This study is important because it illustrates the genetic and socio-emotional associations between heavy drinking and adverse hangover symptoms.  Don’t forget mobile hangover IV therapy is a thing and can help you get out of a rut.

The pandemic brought about a new era in online shopping. Some alcohol delivery services experienced a major exponential growth of up to 350%. Even without the input of bars and restaurant, income from alcohol rose 24% while the pandemic swelled. According to this article, more Americans are at risk of developing alcohol use disorder. About 15 million Americans also suffer from this illness called Caronavirus (Covid-19). Some people who were sober before the pandemic unfortunately relapsed during this time.

According to this data, people are most hungover towards the end of the week, peaking on Sundays. This delineates the weekend-drinking trajectory of most Americans. Each hangover presents its own journey. This article states that the hangover experience is typically at its worst around 11 in the morning. The article declared that the most hungover day of the year is on National Hangover Day: New Year’s Day. However, the night before Halloween came in a close second.

2013 was the first year anyone participated in what is known as “Dry January”, a month where people totally abstain from alcohol consumption. The first year consisted of a little over 4,000 participants. Four years later, a whopping five million people decided to participate. According to this article’s data, 30% of those aged 16 to 24 totally avoided alcohol during the year 2018. This study is also referenced within the article as it is worth noting alcohol detrimentally affects muscle development. Just half a gram of alcohol per one kilogram of bodyweight can limit or disturb muscle growth. These statistics show the health detriments to overconsuming alcohol.

How Long Do Hangovers Last?

This study, surveyed 811 Dutch students aged 18-30 and their corresponding hangover duration. Results were measured starting immediately after participants took their last drink. The average length of hangover from alcohol was 18.4 hours. Overall, the broad average hangover duration was about 14 to 23 hours. In this study, the duration of the hangover directly related to the amount of time a participant spent asleep, but did not seem to relate to the amount of drinks consumed. After waking, each hangover lasted for an approximate 12 hours. This article also purports that around 23% of all Australians drink enough each month to levels that result in a hangover experience.  IV therapy options like a Meyers Cocktail or a Banana Bag can help you get over your hangover quickly.

Hangovers and the Economy

The US economy suffers a loss of billions of dollars each year due to the amount of hangovers its citizens experience. This article initially states that the Center for Disease Control qualifies “binge drinking” as more than four drinks in one night (or in one sitting) for women and more than five drinks for men. After adding up the loss of productivity, the law enforcement costs of alcohol-related infractions, and alcohol-induced medical fees costs the United States economy $250 billion dollars each year. This article further states that the cost of heavy drinking rose 2.7% over a course of four years.

This article exemplifies the costs associated with heavy drinking holidays. Each year consumer’s are said to pay about $3 billion on St. Patrick’s Day festivities; this does not factor in the costs of their hangovers. Some hangover alleviating products account for a little under $800 billion dollars in sales in just one year. Furthermore, according to the American Journal of Preventive Medicine, heavy drinking costs each person around $700 each year in productivity losses.

Hung Up On Your Own Hangover

This research study here studied various factors associated with hangovers. The three most common symptoms of hangover are being noticeably tired, experiencing increased thirst, or getting a headache. This study ultimately intended to determine whether an individual’s hangover severity depended solely on their Blood Alcohol Content (BAC) or on other factors like their tendency to Pain Catastrophize. Pain catastrophizing can roughly be defined as a person’s ability to perceive their pain in more intense or exaggerated ways. Overall, some elements of this study require further examination. This is why it is worth noting that hangover symptoms such as excessive thirst do not always correlate with the severity of the sufferer’s hangover. The research ultimately determined that the negative symptoms associated with hangovers contribute to a huge loss of productivity and missed work days. The study concluded that an individual’s tendency to pain catastrophize determined the severity of alcohol hangover they experienced. 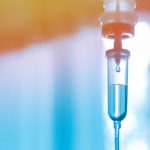